The three biggest economic issues likely to affect markets in 2016

The three biggest economic issues likely to affect markets in 2016 - Brexit, Us interest rates, and China 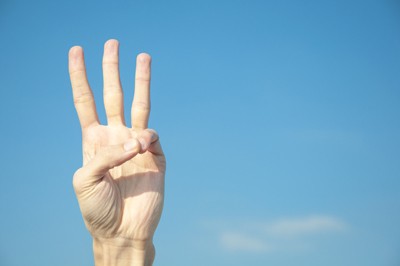 Now we've reached the middle of the year, it's a good time to take stock of the global economy and financial markets.

We seem to have recovered from the significant volatility and depressed sentiment we saw earlier this year.

But despite this improvement, we would advise investors to remain vigilant because there are still potential triggers of market volatility - the UK referendum on European Union membership, the US Federal Reserve's interest rate policy and the economic slowdown in China.

When I think about the impact of the UK leaving the European Union, I think the most damage would be on the UK economy itself.

If Brexit was just an economic decision, then people would probably vote to stay in the EU but there are other non-economic considerations as well.

Our central case is that the UK will vote to remain in but we think it could be very close.

Indeed, the global market may be too optimistic about the likelihood of a 'Remain' vote. As we get closer to the referendum on 23 June there could be more volatility in both opinion polls and financial markets.

The UK is the fifth largest economy in the world so what happens does matter for the global economy. There would be ripple effects around the world and a potentially negative effect on market sentiment.

We think we're still on track for the 'dovish tightening' that we predicted in our 2016 economic and market outlook.

Our baseline scenario is that the US Federal Reserve will continue with two more interest rate hikes in the next 12 months and bring the official interest rate up to 1%.

Then they will stop and take an extended pause to evaluate the impact of the interest rate hikes on the economy.

From there, I think there are two potential scenarios.

Our analysis of financial and economic variables puts the odds of a near-term recession at about 10%, compared to the historical average of 15%, given the ultra-low interest rate and ultra-prudent central bank. However, the US economy is likely to experience 'growth scares' such as periodic monthly job growth that falls short of consensus expectations, like the disappointing May payroll job growth number. But slower job growth is to be expected after many years of strong expansion that has left the labour market approaching full employment. So it should not be viewed as a sign of impending recession.

As long as the economy continues to muddle through, the impact of gradual interest rate increases on investment markets should be fairly minimal.

When it comes to China I don't think either extreme is right - people who are too worried about a hard landing or people who are getting too bullish about a rebound.

Chinese policymakers are facing a very difficult and subtle balance between promoting stable short-term growth and rebalancing the economy in the medium-term by reducing overcapacity.

They do want to provide some stimulus to avoid a hard landing but if they provide too much stimulus it will exacerbate the economic imbalance and financial risk in the system.

So Chinese policymakers are in what we call 'fighting retreat' mode. They will fight a little, just to avoid a hard-landing, but not too hard to reverse overall trends.

Overall, we expect policymakers to start withdrawing stimulus in the second half of this year, especially on the monetary front and in the property sector. This will mean the slowdown is likely to resume.

The Chinese slowdown is particularly concentrated in the commodity sectors so it's having a big impact on the Australian mining sector.
Australia needs other sectors like agriculture and services to pick up, especially if the Chinese slowdown does accelerate.

But Australia has two big positives going for it.

I remain hopeful that Australia's economic transition is on track but it will take some time and external risks remain high.

After the one-off depreciations of the Chinese renmimbi (RM) in August last year and January this year, people are naturally concerned about further depreciations.
But when it comes to the exchange rate, there are political considerations as well as economic.

The G20 is being held in China in September. There's the US election towards the end of the year. And there's formal inclusion of the RMB in the International Monetary Fund's benchmark Special Drawing Rights currency basket, alongside the euro, dollar, yen and pound.

All these are very good reasons for Chinese policymakers not to depreciate too significantly and appear irresponsible.

In the meantime, the People's Bank of China is doing a much better job of communicating with the market about what they are trying to do. In their official language they are 'referencing' the renminbi to a basket of currencies.

This means that if the US Federal Reserve does increase rates as we expect, we'll probably see the RMB continue a very gradual depreciation against the US dollar.