A paradoxical relationship: The self-employed and super

This is an issue small businesses needs to look more closely at, even if it's a bit embarrassing. 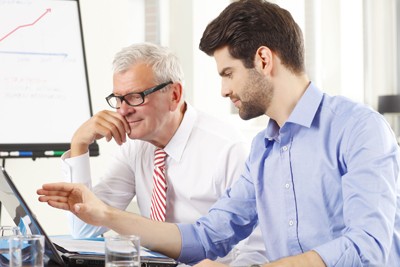 Certainly, many informed owners of successful businesses aim to make the most of superannuation, including its concessional tax treatment. For instance, numerous small business owners hold their family business premises in their family seeking tax effectiveness, asset protection and security of tenure.

The fact that 78 per cent of the self-employed have some super gives an overly-positive impression. This super is often attributable to small compulsory contributions picked up sometime in the past when working for an employer - perhaps doing casual, part-time work.

ASFA reports that just 27 per cent of the self-employed aged 60-64 have more than $100,000 in super compared to almost half of employees. Keep in mind that super savings tend to be at a high point in this age group in the typical countdown to retirement.
A critical difference between the self-employed and employees is the compulsion to contribute to super. The self-employed are not compelled to make contributions under the superannuation guarantee system.

This means that it is up to individuals to make up their minds to voluntarily contribute to super. And as many people who have run a small business can no doubt testify, there always seems to be some pressing need to spend money on business-related expenses rather than retirement savings.

Self-employed women are in a particularly unfortunate position regarding super.

Females have much lower average super savings than males - whether self-employed or employed. This is due, in a large part, to their lower average incomes and often interrupted careers to raise families.

It makes much sense for the self-employed to be made fully aware of super's concessional tax treatment and to better understand that even relatively modest super savings may make a significant different to their standard of retirement living.

Hopefully, more small business owners will consider whether their retirement savings are adequate and to think about taking financial planning advice about whether they can afford to make higher voluntary super contributions.

ASFA's report argues suggest that there is "considerable scope" for superannuation funds to market themselves to the self-employed and to build awareness of the benefits of saving through super. There is also an important role here for advisers.

Expectations of valuable tax deductions for eligible concessionally contributions should appeal to astute business owners - in addition to the rewards of a more comfortable lifestyle in retirement.

Another case for super that should appeal to the self-employed is that superannuation provides a means to quarantine their personal savings in the event that their business suffers a setback.

Sometimes we hear small business owners say words to the effect that "my business is my super". But being able to eventually sell a business for what the owner believes it is really worth can be a very different matter - particularly if the enterprise is based on an individual's personal endeavours.